To everyone who took a flyer or bought a comic and now find themselves here, cheers for coming.

Thing was a worthwhile outing, perhaps not financially, well, definitely not financially, but it was rather cool meeting the artists behind the comics we've been reading the past couple of years. That kind of sounds like we're slow readers. Anyway, it was good to see all of you guys, and apologies if we were overly miserable or inadvertently offended any of you, we got the 0431 train from Newcastle that morning.

Nightbus sold quite well, as did Aide-Mémoire, which has the cute factor going for it, but a lot of people got enough out of it in one quick flick through. It's all something to bear in mind next time I do another one, which should hopefully be soon.

The real star of the table was Gentleman Ghost. Captain Jack Fallows gave us ten copies, which sold out swiftly, but we could have easily sold much more. There'll be a second printing as soon as Fallows can sneak into a small office and find a photocopier.

Here's some stuff from the day, York at about six in the morning. 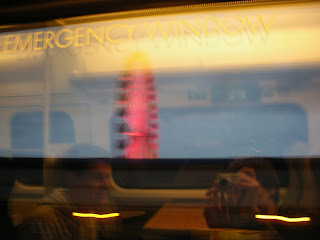 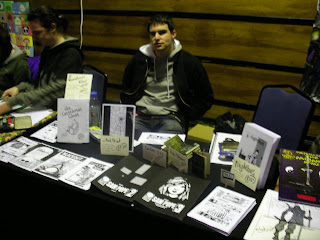 That's me marking off a sale, or more likely moving paper around to give the impression of a hive of industry. 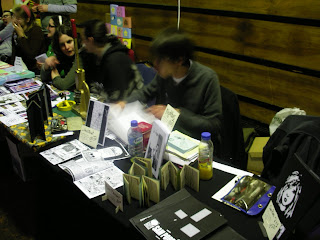 Chris reading a copy of Guide Dog Detective 2, only one of our mighty small press haul. Reviews may be in the offing. 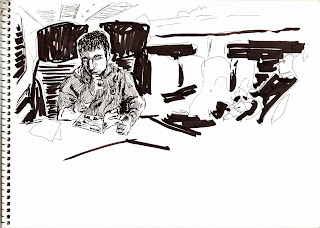 great line drawing only picked a flyer regret not purchasing youre comic .

Thank you, anonymous. But have no regrets, we're thinking of branching into paypal, or you could e-mail nightbuscomic@hotmail.co.uk and we'll work out something.