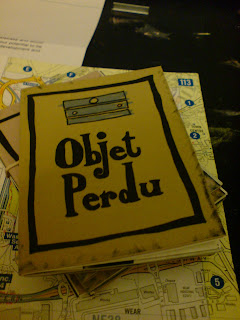 We'll be at Thought Bubble tomorrow. Yeah, I know, it's short notice, but you can cancel dinner with your parents, right? Nightbus #1 and #2 will be on the Travelling Man table, along with me new artist's book, Objet Perdu, which is about losing things. It's one of those things that you probably won't like, but I've done it anyway. Some writing. Some photography. Something else.

Jack Fallows is a man who's so clever he knows all of the words in the English language, and all of the English words in other languages too. In between living a life devoted to being aloof and wishing it were 1920, he's gone and made a rather mint new comic and a website, no less. It's here.

I've got stuff in the new Mallard anthology. Go buy it here. Mallard is a quarterly anthology of comics, literature and such, manned by the sterling gentleman that is Tom England. Buy his comic so he can make more.

Magda Boreysza is one of the most wonderful artists I have had the pleasure of meeting/stalking (delete as appropriate). Her Toasty Cats series is one of the genuine highlights of the Small Press world, and you should buy them all. At the Edinburgh Zine Fair, we had a bit of a comics jam, and Magda's compiled the best of it into a cautionary tale in the new Toasty Cats. Tremendous stuff.

Anyway, here's a photo of some fire. 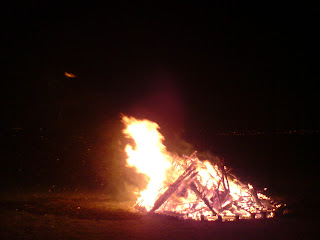