My wife and I have been devouring the sic-fi TV series Fringe recently. If you haven't seen it, do something about that. I insist. The writing, the characters, it's all there in spades. I thought I'd do my own little homage to the show by drawing some of the characters from memory. That lasted for one drawing, then I used some references. I think I might rework these into a full pose with the three of them that's a bit more original. 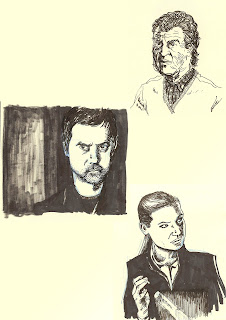 The show is smattered with these visual motifs, or glyphs, that appear at the ad breaks or scene changes. If you're so inclined, you can decode these glyphs into a word that links to the themes or characters in that episode. I had a crack at drawing the butterfly and playing around with it in an iPhone app called Snapseed. I normally download these things, put a few photos into black and white, sepia, then get bored and wander off. This is therefore only my second play with this app. It's worth a look because it has more adjustments on offer than most other photo editing apps in the free-or-cheap category. Here's the blurry, grainy, poorly exposed before and the final thing after it's been through the app. 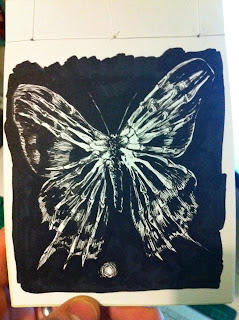 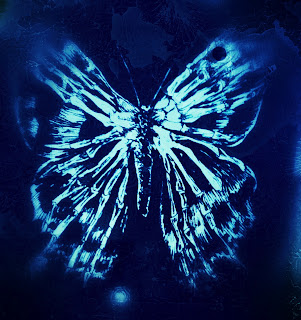