This week, my collaborator Daniel Clifford has been looking back on his past comics work and posted That Cool Robot, our first collaboration together and Daniel's first published work in the medium of comics. Here it is again in case you haven't seen it. 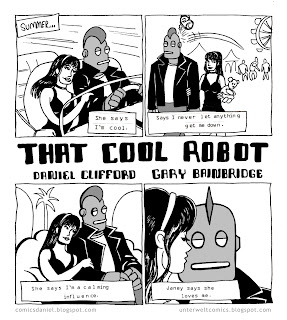 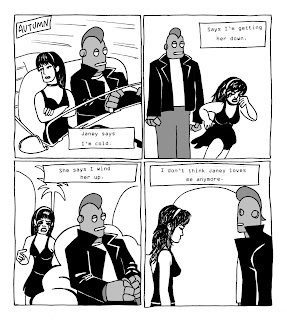 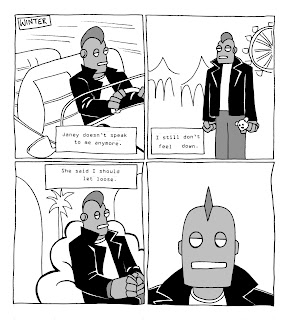 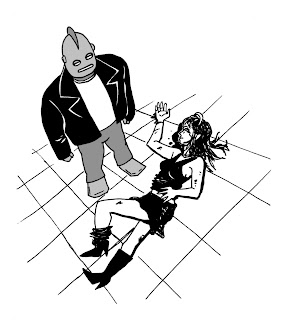 That Cool Robot featured in the Paper Jam Comics Collective's Science-fiction themed anthology Robots... And That. It marked the beginning of what historians are now calling the PJCC's Golden Age. I get the impression that Daniel looks on this as not his best work (and to be fair, amazing work followed), but I look back at this as our three minute pop song. The beats of the first three pages are repeated like a verse, bridge and chorus and the climax is somewhat abrupt. Maybe it's a punk song. Maybe the leather jacket makes it a 50s rock and roll number. Either way, the musical analogy sits well with me. It's short, sweet, fun and tragic. Daniel and I both played in bands and wrote songs before coming to comics, so the fact that our first comic was like a song is rather fitting.
Posted by Gary at 12:00